So iPad day has finally come and gone.

So after the histeria, the build up and reveal where do we stand? With what new wondrous device has Mr Jobs provided us with?

Now I’m going to split my views into for and against and let you decide:

What I don’t get is why people were expecting something different, its the next logical step for Apple as a mobile device provider. I love my iPhone 3G its a great device it was my first smartphone and having the range of apps/email and internet on the go has really been a revelation to me. Of course its not perfect, but its pretty close.  So why should I get an iPad?

It can do more than an iPhone.

It offers a full page browsing experience,  surfing the net on the iPhone is great, for a phone but spend any amount of time and it can be a bit frustrating having to scroll so much. It’s also provide eBooks with iBooks, I’ve been looking at ebook readers for a while but I’ve held off because they’re expensive and only have one function to read books and I cannot at this time justify spending £200-300 on something that just does one task (however well it may do it).

The netbook is good but surfing the net on it is a pain and although it does its job well its beginning to show its age, I could easily buy an iPad and have it replace my netbook, an iPad can offer me ebooks, the internet, music and more, its a tempting package.

So yes the iPad offers many tempting features and it looks better than a netbook but it’s missing key features like multitaskin, if the A4 Cpu is so powerful why can’t we use it, if its such a great internet device why does it use a 1024 x 768 resolution and lack  flash? Yes flash’s importance will be reduced with HTML 5 but how long will it take for that to become the defacto way of embedding videos?

Apple would like you to think that it has created a new segment, a third way solution if you will, a magical device capable of changing the way you access content and the web at home.

The iPad is an interesting take on the now 7 year old tablet medium, its got some nice features but it’s not the game changer we expected. But should it be? Apple is never about revolution but evolution, the iPad is the next logical step from iPod to iPhone to iPad. My main problem is that the iPad feels like it could have been alot better, as it stands now it’s just enough, ok, not bad.

It would do the job, the problem is I already have a device that does the job: 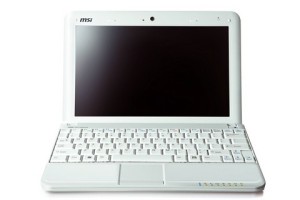 Watching me, Watching you